Plant a tree in memory of Dr. Charles Louis Fougerousse
An environmentally-friendly option 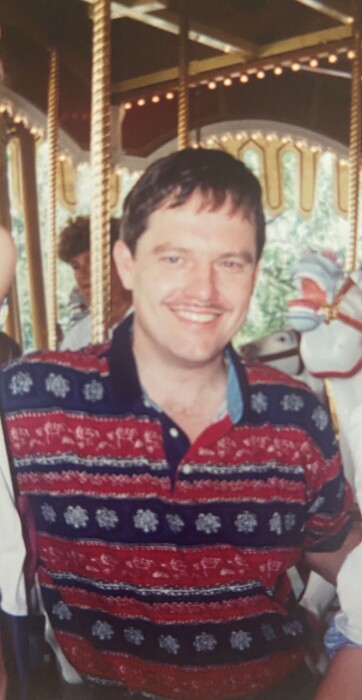 Dr. Charles “Charlie” Louis Fougerousse, MD. passed away peacefully Saturday, May 29, 2021 in Austin, Texas. Charles was born on July 9, 1951 in Little Rock, Arkansas to Dr. Charles E. and Vivian Fougerousse and had one brother, Steve Fougerousse and a sister, Carol Ann Fondren.  He attended Sacred Heart in Galveston before moving to Little Rock, Arkansas where he attended Catholic High. He then moved back  to the island and graduated from Kirwin High School in 1968.  Charles was an excellent athlete and lettered on the Buccaneer football and track teams. He attended the University of Texas where he was in the Pi Kappa Alpha fraternity, along with a number of other university organizations.  He graduated in 1972 and began working on his PhD. in Anatomy at the University of Texas Medical Branch in Galveston. While there, he was published in numerous medical journals for his research.  After completing his doctorate, Charles attended medical school at UTMB, where he also completed his residency in Obstetrics & Gynecology.  Soon after completing his residency, Charles joined his father in their private practice at OB-Gyn & Associates, PA. in Galveston.  It was during his time in medical school that a beautiful young nurse caught his eye and after not taking no for an answer, she finally agreed to go out with him.  Not long after, Charles and Patti were married and lived on the island while he worked with his dad in their practice.  As his father before him, Charles' entrepreneurial spirit soon took him and Patti to Lufkin, near her family in Nacogdoches.  Charles joined a practice there, East Texas Women’s Clinic, PA., with a couple of medical school classmates and subsequently as the sole practitioner there.  Patti worked as his nurse until they decided to have two beautiful children, Jennifer and Christopher who were raised in Lufkin until they left for college.  In both Galveston and Lufkin, Charles served on and as Chairman for numerous hospitals boards and associations. He was well respected throughout the communities for being so dedicated to his patients as a wonderful doctor.

Charles was a brilliant, funny, inquisitive, loving, kind and interesting man.  He was a voracious reader who loved history, sports, genealogy, woodworking among many other interests. Charles, Patti and his children travelled the world through the years as a reflection of his curiosity and drive to visit and explore historical places that he’d only read about. Whether he was visiting the Sphinx in Egypt or shopping for antiques in New Orleans, Charles was always learning and growing. He was a collector of art, antiques and had a fascination with Civil War and World War II memorabilia, of which he had an elaborate collection. Besides these hobbies, Charles was a pilot, flying back and forth from East Texas to Galveston to spend time with his family on the island. He and Patti are past members of the Crewe of Momus, members of the Artillery and Yacht clubs, donors to the Opera House and participated in many other groups and organizations in both Galveston and Lufkin. He enjoyed snow skiing in Crested Butte, camping out in the hill country and floating the Guadalupe, catching a fish in West Bay and eating as many crawfish as he could. Of all the places he enjoyed spending time, the Sportsman’s Rd bay house was his favorite. He and his father purchased it after Hurricane Alicia in 1984 and, through the years, turned a storm damaged little place into a beautiful oasis where friends and family spent as much time as possible together enjoying each other and making a lifetime of memories. Charles was a generous man—never knew a stranger, was loved by many and will be missed terribly.  He and Patti are now enjoying endless beautiful West Bay sunsets together in Heaven.

Charles’ wonderful smile and warm laugh will be greatly missed by everyone. Left to cherish his precious memory are his children, daughter Jennifer Fougerousse and husband, Matt Cline of Austin, son Christopher Fougerousse also of Austin,  his sister Carol Fondren and husband Robert of Houston, brother Steve Fougerousse and wife Lori of League City; Brother-in-Law Joe McDuffie and wife Susan of Houston; Nieces Caroline McDuffie of Houston, Ashley Tuck and husband Cody of Austin, Mary Catherine Deskins and husband Scott of Austin, Annemarie Fougerousse of Galveston, Madeleine Fougerousse of Galveston, Kimi Diaz of League City and Hannah Diaz of San Marcos; nephews Berkeley Fondren of Houston and Robert Fondren of Houston and Jack McDuffie of Houston. He has many other relatives throughout the country who will miss him dearly. The family would like to give a special thanks to the caregivers who took such wonderful care of Charles through these past several years, especially Latasha who went above and beyond for her care of him.

A private family gravesite ceremony will be held Saturday, June 5 as Charles is laid to rest next to Patti as they begin their eternal journey together.

Plant a tree in memory of Dr. Charles Louis Fougerousse
An environmentally-friendly option

Plant a tree in memory of Dr. Charles Louis Fougerousse

There are 161 photos available in the gallery

Our thoughts and prayers go out to the entire family.  Everyone in the Fougerousse family is very kind  and loving. Dr Fougerousse was no exception and will be remembered by many and love by all. We extend our sincere sympathy and friendship.

Dr. Fougerousse delivered my first child in 1991. He was and always will be a great man. He was so very kind and such a gentleman and he will be greatly missed. May God comfort your family during this time.

I worked with him for years. He was a fine person and Doctor.

I knew Dr. Fougerousse as an RN working in PACU in Lufkin many years ago. He was one of the kindest doctors I ever worked with.  He showed such good  care and compassion for his patients and the staff. I have worked with many doctors, but few made the wonderful and lasting impression to all those around him.. His kindness and sense of joy of life will never be forgotten. May God bless his family during their time of loss. We were all blessed to have known him.

Steve, only those who are lucky enough to have a brother can understand the bond between them and thus the pain of losing them. We're so very sorry to hear of his passing; you & your entire family are definitely being thought of & prayed for during this emotional time, neighbor. Sincerely, Susan & Walter Medsger

Plant a tree in memory of Dr. Charles Louis Fougerousse