About Us
|
Meet Our Staff
|
Testimonials
|
Our Funeral Home in Garrison, TX
|
Cremation Near Me

We have years of experience caring for families from all walks of life, cultures and faiths. Our unsurpassed staff and our family provide kind, caring, professional service. Each family comes to us because they know we are leaders in our profession who are dedicated to excellence in service, adhere to the highest funeral industry standards, and have exceptional integrity. We consistently earn phenomenally high customer satisfaction survey results.

Our licensed, professional staff is here for you 24 hours a day, 7 days a week. Please call 1-936-347-2260 anytime. We will even come to you to make arrangements in the comfort of your home.

Prompt, compassionate service is always just a phone call away, where and when you need it. 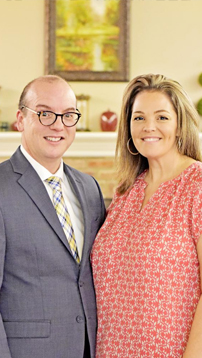 Danny Mounger is a native of McKinney, Texas. He began working at Belew Funeral Home in McKinney in 1993, where he served a twelve month apprenticeship. He received a dual license for funeral director and embalmer from Dallas Institute of Funeral Service in 1994. Danny managed several funeral homes, as well as, one combination location (funeral home and cemetery) through Stewart Enterprises. In 2004, he left Stewart to pursue his own funeral business operation in Lewisville, Texas. In 2008, Danny sold that business and he and his family moved to Nacogdoches to partner with Laird Funeral Home and Taylor Funeral Home. Continuing to uphold the tradition of family owned funeral homes, Corrigan Funeral Home joined their family of firms in 2011, Mangum Funeral Home in 2017, and most recently, Garrison Funeral Home in February 2019. Presently, he is a member of the Nacogdoches Rotary Club, the Gideon Camp of Nacogdoches, Milam Masonic Lodge #2, and he attends Westside Missionary Baptist Church.

After meeting in their church youth group, Danny and Shannon were married in September of 1999. Shannon attended the University of Texas at Arlington and graduated with a Bachelor of Science in Nursing in May of 1999. She worked as a registered nurse in Plano, Texas before moving to Nacogdoches to assist Danny with running the funeral homes. They have two children who attend school in Douglass and one attending Stephen F. Austin State University. Shannon is a member of the Fredonia Rotary Club. 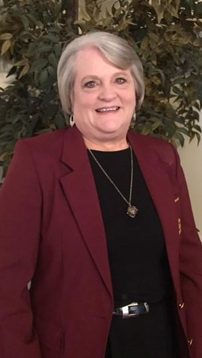 Sandy has lived in Timpson, Texas more than half her life. She is married to Carroll Jones, present pastor of Corinth Baptist church. She has worked as bookkeeper and painter in their family business, Jones Remodeling, along with homeschooling their three sons for 15 years. She has 10 grandchildren who help keep her young.

Her father, Sandy Edlredge, worked at Taylor Funeral Home in the 80’s and 90’s and her mother, Betty, still helps as a hairdresser. Sandy joined our family of firms in September of 2018. She feels like working at the funeral home is a good way to minister to those around her. 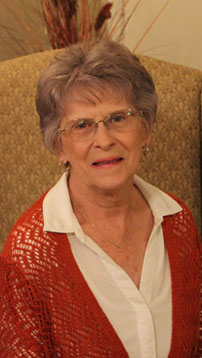 Linda has lived in East Texas her whole life. After retiring from SFA, she started working at Garrison Funeral Home to help her husband, Perry Honea, who was managing the funeral home at that time. She's proud of her three children, 10 grandchildren, and 6 great grandchildren. Linda enjoys traveling and working in the yard. 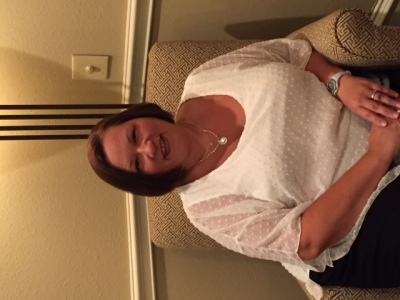 Christina has been married to her best friend, Jason, for over 23 years. Together they have four beautiful daughters and six grandchildren. Her passion is taking care of her family.

Christina graduated from Dallas Institute of Funeral Service in 2021, obtaining her Funeral Director and Embalmer's license. She has been with our family of firms since 2018. 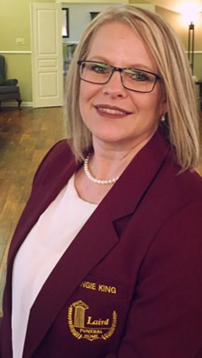 Angie grew up in Shelby County, as well as, Garrison, where she attended high school. Angie is married to her husband of over 20 years, Kenneth King. Together, they have three children, Kaylee Covarubias and her husband, Josh, Kolten King, and Addisen King. She is also a proud "Gigi" to two very precious grandsons, Jase and Jaxon. She loves spending time at the deer lease and at their lake house, fishing with her family and dear friends. Angie is a member of Westside Missionary Baptist Church.

Angie joined our family of firms in 2015. She graduated from Dallas Institute of Funeral Service in September 2018. She is passionate about ensuring every family is cared for with honest, dignified, and compassionate service. 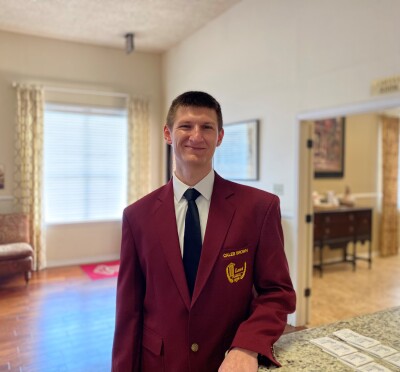 Caleb graduated from Garrison High School in 2020 and immediately started attending the Dallas Institute of Funeral Service that same year. He graduated with his Texas licenses in Funeral Directing and Embalming.

In his free time, Caleb enjoys listening to a wide variety of musical genres and watching videos on the internet. Caleb joined our family of firms in August 2020. 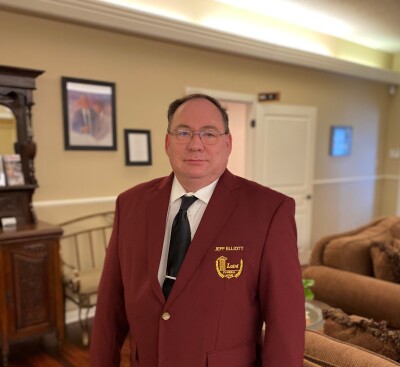 Jeff grew up in Garrison and graduated from Garrison High School. He married his loving wife, Cindy, in 1984. They have one daughter, Amy, her husband, Brad, and one grandson, Aiden. He went to work in Orange for the Sabine River Authority where he worked for 36 years. After his retirement from there, Jeff moved back to East Texas.

He enjoys spending time with family and playing old gospel hymns on the piano. Jeff joined our family of firms in 2021.

You are welcome to call us any time of the day, any day of the week, for immediate assistance. Or, visit our funeral home in person at your convenience.

About Us
Meet Our Staff
Testimonials
Our Funeral Home in Garrison, TX
Cremation Near Me

Visit www.prepaidfunerals.texas.gov for information relating to the purchase of pre-need funeral contracts including descriptions of the trust and insurance funding options available under state law.
© 2022 Garrison Funeral Home. All Rights Reserved. Funeral Home website by CFS & TA | Terms of Use | Privacy Policy | Accessibility